Our experienced staff will work diligently for you. 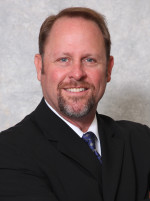 
Patrick John began his career as a title professional in 1985 in Dallas, Texas. Over the last 20-plus years, Patrick has held a host of positions—everything from processor to residential closer. In 1994, Patrick moved to Kansas City after accepting a position as a sales representative. In just a few short years Patrick was named the State Manager of Kansas.

In 1997, Patrick moved to Ohio to manage the central Ohio operations for a major underwriter.Four years later Patrick was promoted to Vice President and State Manager. Then, in 2004, Patrick was named Senior Vice President and Regional Manager for a five-state Midwest Region. Pat was intimately involved in overseeing all aspects of the operations, from sales and marketing, to title searching and underwriting, to the closing processes and product delivery.

Patrick served on the Regional Leadership Team and the National Executive Leadership Team for this Fortune 500 underwriter. His business acumen and analytical thinking earned him a reputation as an honest and driven title professional.

Patrick founded TransCounty Title Agency in 2007 and has grown the company in the Columbus Metro consistently appearing in Business First as a top 10 title agency. We currently have 3 branch locations and 2 closing locations, located in Dublin, OH, Gahanna, OH, Circleville OH, Upper Arlington, OH and Pataskala, OH. TransCounty Title operates its own in house title department s and handles 90% of our own searching, exam, underwriting, typing, recording, and we have 13 retail employees, that cover sales, order entry, processing, and residential and commercial property closings.

Pat attended Texas State, where he studied Business Management and Psychology. He is a member of the Ohio Land Title Association, Mortgage Bankers Association, FACES at the Columbus Zoo and the Red Cross of Columbus. 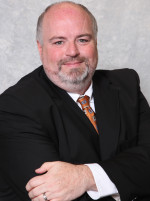 
Rob Febes is a two-term past president of the Circleville Downtown Business Association (DBA) and a past campaign chairman, Real Estate Division of The United Way of Pickaway County.

Rob volunteers as the chairman and trustee of the Circleville Pumpkin Show, Inc. and as a voting delegate and active board member of the Ohio Festival and Events Association. He has also volunteered in the Circleville area Soup Kitchen.

Rob is a 2009 recipient of the President's Award from the OFEA Board of Directors and a 2013 inducted member of the OFEA Legion of Honor. He was also elected as treasurer of the OFEA in 2014. He's a past member of the Roundtown Relayers Team for the Relay for Life of Pickaway County and a past co-chairman of the Circleville DBA Christmas Parade. 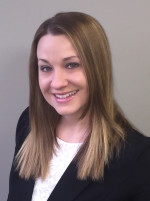 
Tica graduated from Hilliard Davidson High School in 2000. Shortly after that, she started her career in 2001 in the title insurance business with Stewart Service Center. She started at an entry-level position from doing order entry, answering phones, and filing. She later went on in 2004 to work for Search2Close as a Team lead for their title department.

She started with TransCounty Title Agency in February 2008 as a Title Processor. She became a Licensed Title Agent on April 21, 2008. She is now the Director of Title Operations and oversees our title department. Her department works hard to produce quality work at a fast-paced speed. 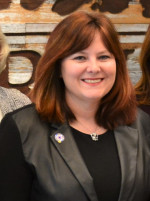 
Catherine J. Baird earned her B.A. degree from The Ohio State University and her J.D. degree from Capital University Law School. She is also a licensed title agent, notary public, and Branch Manager. 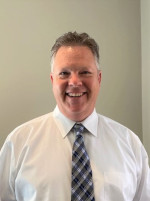 
Shane Dryden is a 1987 graduate of Grove City High School and a 1996 graduate of Franklin University.  He joined GreenTree Finance in 1997 as a Field Representative and then went on to hold several different positions with GreenTree before becoming the Ohio Inventory Control Manager of the Manufactured Housing Division.  In 2003 he broke into the Title Insurance Industry with an underwriter as a Sales Representative for the Downtown Columbus market before acquiring more territory including Grove City, Hilliard, and Dublin.

In 2008 he joined an affiliated title agency in a hybrid role where he had a hand in sales, customer service, training, and closings.  He then earned his Title Insurance License in 2014 as an Escrow Officer.  Shane joined TransCounty Title Agency in 2019 as a Business Development Executive, and in 2020 was promoted to Branch Manager. He lives in Grove City with his family where he is very involved in the community.  Shane’s knowledge and expertise will be an asset to TransCounty Title and the customers we serve in the Central Ohio area. 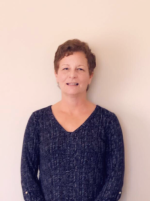 
Pam is a Notary Public and the Assistant Manager of escrow operations at our Gahanna office. She has been a staple in the title insurance industry for over 30 years, which started with her first job as a receptionist for a title company in Texas. Her knowledge in the title industry is extensive and she prides herself in providing the best customer service that our clients appreciate and deserve.

Pam currently resides in Circleville and returned to Ohio several years ago to be closer to her family and spend time with her grandson. She also enjoys reading and being outdoors. 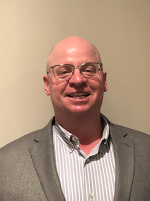 
Matt is a licensed Title Agent in the State of Ohio and has represented a variety of clients in commercial and residential transactions. Matt’s integrity, knowledge, and enthusiasm for real estate and dedication to his clients have enabled him to be a trusted resource in the Title Insurance Industry.

Matt has a strong willingness to develop long term relationships with clients with an emphasis on personal service. His analytical skills and understanding of the closing process are a valuable resource for Brokers Agents, investors, developers, and lenders. 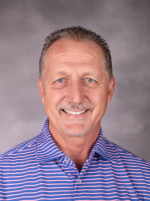 
David began his career as a classroom educator and coach in Illinois while pursuing a graduate degree in Educational Administration.

In 1982 he joined the Eastman Kodak Company as their Key Account Sales Executive for their Consumer sales division. He first represented Eastman Kodak in Virginia and then moved to Columbus, OH in 1985.

David then focused his career back to education in 1998 – representing a reading company in the state of Ohio, calling on school district Superintendents, Principals, and curriculum directors until 2004.

His 15 years in-home warranty sales in the Columbus market and surrounding counties has given David a solid understanding of the real estate process and its challenges. David prides himself on developing strong business relationships with his clients and focuses on outstanding customer experience.

He is a member of numerous realty associations, has been active in CORPAC, and volunteers his time to youth athletics and the OSU Ross Heart Hospital. David is also an avid outdoorsman and enjoys golf, especially with his two adult sons, Bruce and Brent. 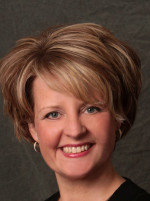 
Christina is a native of Beckley, West Virginia, and has five years of banking experience with Chase Bank and 2 years of experience with State Farm where she was licensed in Property and Casualty Insurance, and Life Insurance. Her love has always been in the title industry where she has spent 12 years of her professional career working for two large underwriters as an Escrow Officer. Her enthusiasm and attention to detail have made her into a top-notch title professional, and Branch Manager.

Christina joined TransCounty Title in 2018 and has quickly become a leader for our company and a champion for service.  Christina has an uncanny ability for customer service and putting people at ease during the closing process. Christina lives in Pickerington, Ohio with her husband of 22 years, and two very active and energetic boys. 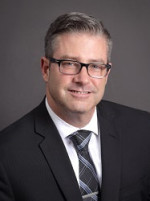 John has a B.A. in political science from the Ohio State University and a Juris Doctor from Capital University. John is licensed to practice law by the Ohio Supreme Court. He is also admitted to practice in the United States District Court for the Southern District of Ohio and the United States District Court for the Northern District Ohio.
John worked as an associate at Fisher, Skrobot & Sheraw, LLC for 11 years. His practice areas included civil litigation, business litigation, collections, estate planning and probate. John lives with his wife Joanna in Upper Arlington. He enjoys his family including two dogs and two cats, Ohio State Sports and cycling. Through cycling, John and his wife support several charities including Pelotonia. John has been involved in Pelotonia for many years and currently serves as peloton captain for Heartland Bank’s peloton Tiney’s Team.

"Always available to answer specific questions. Willing to go above and beyond."